In 2012, the Global Fund for Widows partnered with Alfanar and the Future Eve Foundation to create the Amal project, dedicated to the economic empowerment of widows and female heads of households in multiple villages in rural Egypt.

As the first venture philanthropy organization working exclusively in the Arab world, Alfanar strengthens social enterprises that serve the region’s most vulnerable citizens.

Alfanar applies the principles of private sector investment to charitable giving and offers small-sized grants and highly engaged management support to social enterprise organizations — organizations that generate both financial and social returns while also transforming lives in the region’s most disadvantaged communities. Alfanar works hand-in-hand with these organizations, supporting them to become resilient and financially sustainable in their local communities while bolstering civil society in the Arab world.

True to the meaning of its name in Arabic, Alfanar strives to be a ‘beacon’ of change for the Arab world.
VISIT WEBSITE 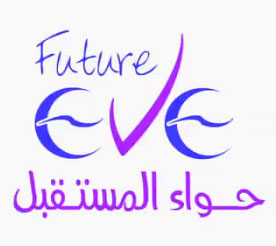 Established in 2001, the Future Eve Foundation is one of the leading organizations working with women in the Minya region of Egypt. FEF works to raise awareness and promote access among women on topics ranging from legal rights, literacy, healthcare and reproductive health issues and to prevent female genital mutilation.
VISIT WEBSITE

Guild of Service’s Mission is to empower women and children become self-reliant by providing better education along with skill/capacity development training and also provide them social, economic and psychological support for healthy living.

Well… it all started in the year 1972 the dark war clouds of the 1971 Indo-Pak war had abated, leaving behind a trail of anguish, loss and despair. One soldier dies-leaving behind at least 5 lives, in living death. The civil society in India was shaken by the uncertainty of the lives of women who had been widowed. Those with a sensitive foresight realized that this uncertainty extended to all women who are dependent traditionally, socially and economically on the patriarchal framework. Women had to come out of the confining walls of their homes if they had to carve out a future for themselves in the changing world. Women would have to come out of their cocooned existence if the process of nation building had to be undertaken. Women themselves would have to realize and build on their own strengths and capacities.
‍
With this realization was born the War Widows Association & Guild of Service in North India. Dr. V. Mohini Giri’s committed initiative was beginning in 1972. Since then there has been no looking back.

To be a catalyst of social change for conflict affected women, widows and children by formulating integrated and innovative methods for progressive social change with innovative skill development.

Come Together Widows and Orphans Organization (CTWOO) is a non-profit organization founded by Dianah Kamande, a young widow and a survivor of Gender Based Violence whose experiences gave birth to the idea of creating a safe space within which widows could share experiences and draw support from others. In 2013 she, together with other widows, formed a Community Based Organization which later blossomed into a national NGO. She now leads CTWOO which focuses on widows, orphans and survivors of Gender Based Violence. The organization supports and champions for the advancement of their rights, social and economic empowerment in recognition that widows rights are human rights.

CTWOO’s mission is to put in place strategies and policies that ensure that widows’, survivors of Genders Based Violence and orphans rights are guaranteed, protected and that they are economically, socially and politically empowered and that they live fulfilled lives.
LEARN MORE

The International Collaborative for Science, Education, and the Environment, Tanzania, (ICSEE (T))

“We didn’t know we could do work like this…we thought only men could.”
Paini Lorwasa, Women’s Stove Installation Team Member, Eluwai, Tanzania
Engaged with the Global Fund for Widows for a fruitful, growing and expanding partnership, the ICSEE (T), or International Collaborative, brings unique capabilities. It has built an unprecedented relationship with people of the Tanzanian Maasai communities, especially women. Learn more at www.internationalcollaborative.org.

The difficult situation of Maasai widows is a reality calling out for action made possible through this partnership. Revealed through years of organizing and work in the field, the International Collaborative had directly observed the severe situation of Maasai widows. In response, it established two corn flour mills focused on a viable business providing earning opportunities, especially for widows.

This modest effort dedicated to widows can now grow to a much more significant level through new initiatives resulting from a partnership with the Global Fund for Widows.

Dedicated to improving the health, lives, and possibilities of the people, especially women, the sister organization, ICSEE (USA), founded the Maasai Stoves & Solar Project in 2009.Through the Project, these organizations engage the people to find new ways to work together to make life better.

Instead of focusing on a single need, it is the mobilization of the energy of the people, combined with new ideas and enabling resources that make the work so valuable, motivating, and successful.

Stoves & Solar right from the start

To address the toxic indoor air pollution from indoor cooking fires, the Project began with designing smoke-removing efficient chimney stoves. There are now 4600 installed in improved homes. It went on to installing solar-powered electrical systems located far off the national grid.

The Maasai, especially children, have serious health problems due to the terribly polluted surface water ponds that are their water sources. The Project’s concerns about this led to the introduction of innovative chlorination systems in remote areas where previously, no one imagined such technology could be applied. With four pilots successfully completed, the Project continues with these efforts on a village –to- village basis.

The need for changing livestock practices

The International Collaborative has new partnerships with Maasai herders to create better cattle management practices, now demanded by the more frequent droughts that challenge Maasai traditions. The International Collaborative also formed a breeding herd. The goal is to introduce a new cattle variety more capable of adapting to the difficult conditions that the pastoralists now face, due to climate change.

Women’s empowerment at the core

Through the flow of ideas, organizational development, and training, the whole community participates in the Project. At the core is the work of the Maasai Women’s teams in each participating village. These teams receive comprehensive training and become expert in the installation of the stoves and solar panel-based electrical systems.

More than two hundred of these empowered women, including many widows among them, formed the Monduli Pastoralist Women’s Organization, which now owns a successful bull fattening business.

The potential inherent in the merging of the Global Fund for Widows and the International Collaborative for Science, Education, and the Environment is enormous. All of us concerned for the developing and sustained welfare of Maasai widows are very energized and excited about what we can accomplish together.

WIDO is a universally recognized global leader in Nigeria and Western Africa on issues of widowhood. WIDO’s mission is to sensitize the world on the plight of widows, with the objective of eliciting improvement in their legal, economic, and social status. WIDO aims to create awareness on the rights of widows and female headed households in the areas of basic education, health, environment, and access to justice, while empowering them economically through income generating activities.

In addition to providing critical counseling and support centers to widows across Nigeria, WIDO also assists in educational support programs for the children of widows.

WIDO is also a key partner in advocacy, working closely with the Nigerian government to affect life- altering legislation and policy to protect widows rights and access to justice.

Are you a registered non-profit or community group?
The Alliance for the Last Woman First is the ONLY global alliance
working to secure widows’ rights.